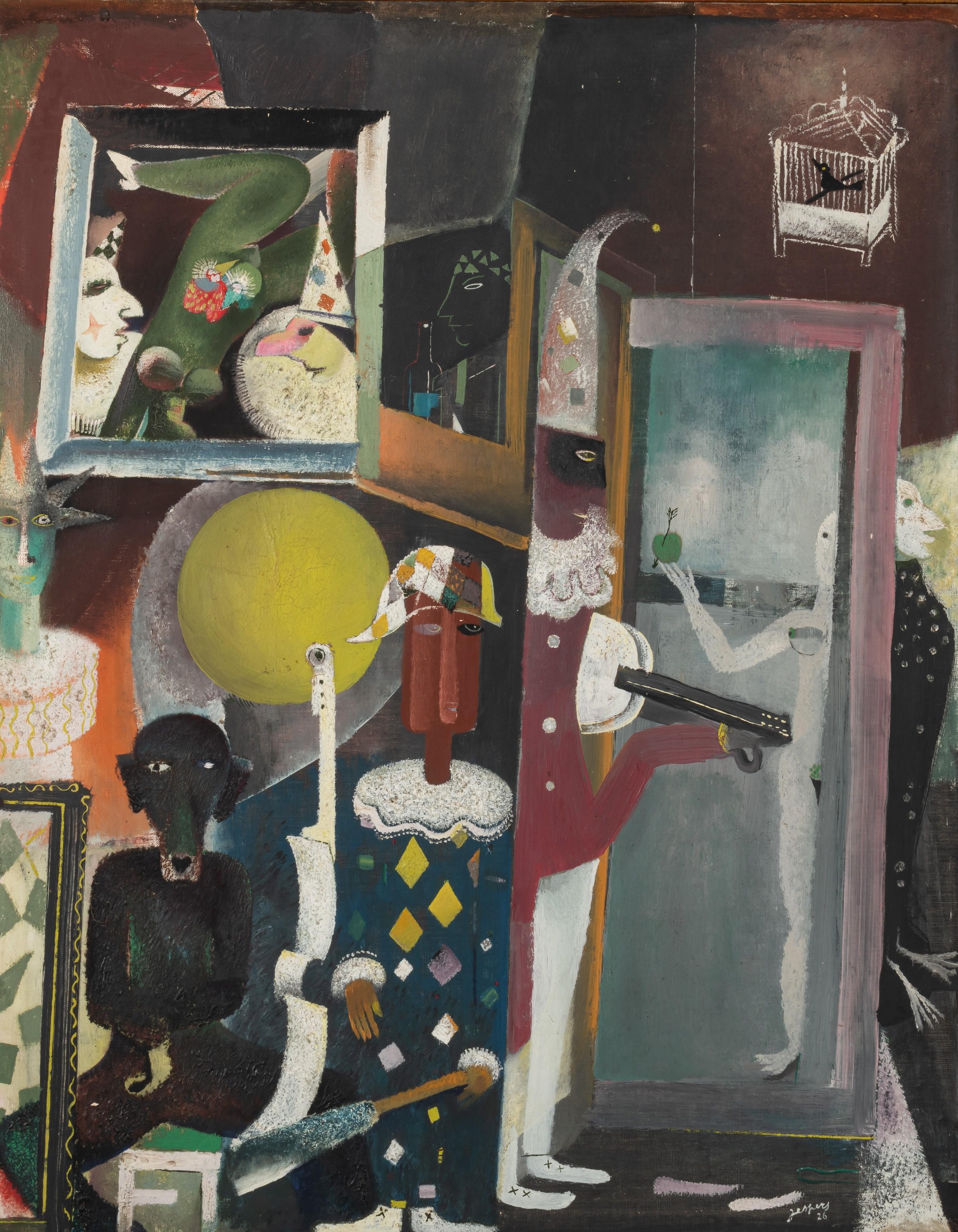 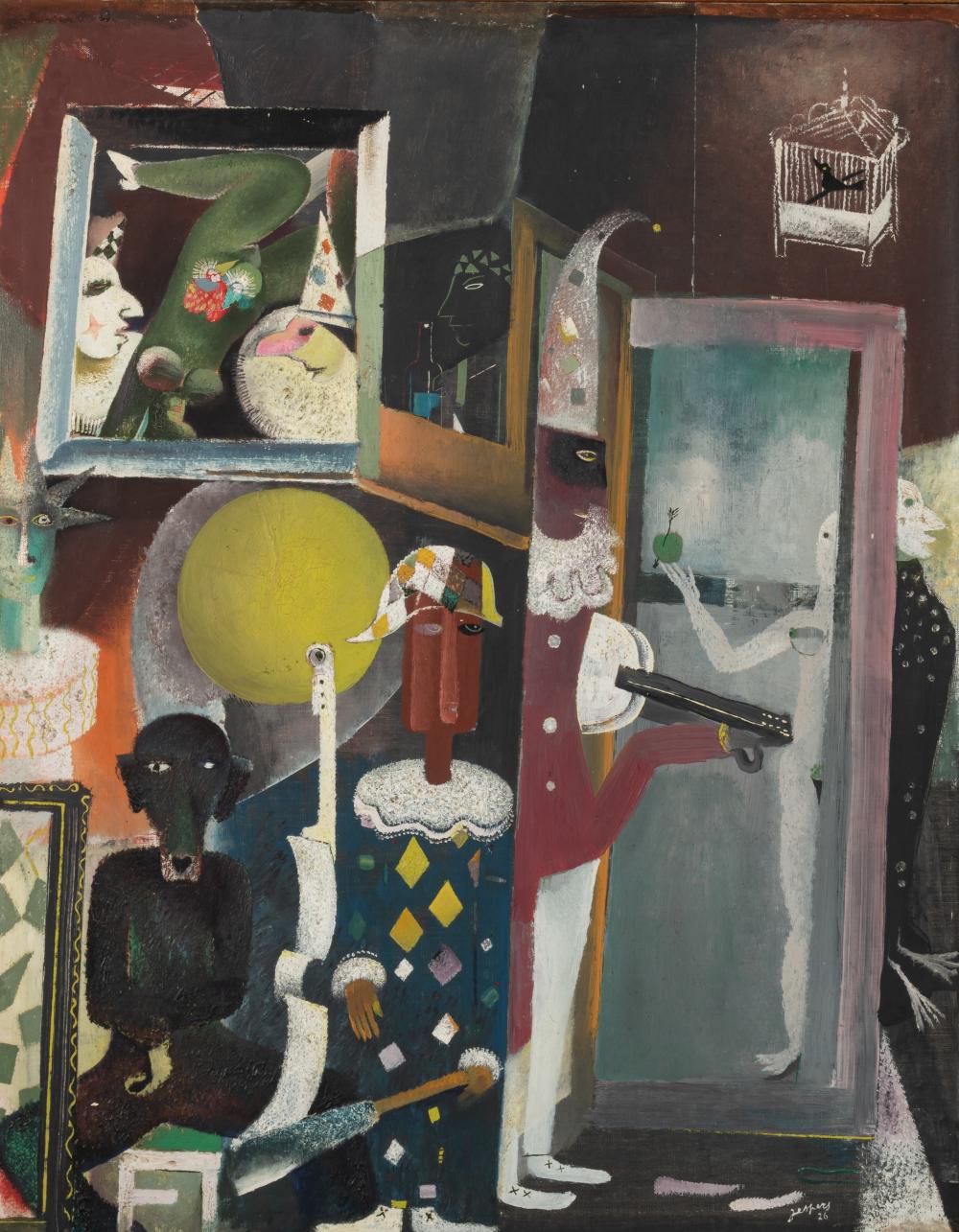 Signed and dated lower right corner 'Jespers 26'. Titled 'Surprise' and countersigned 'Floris Jespers' at the back of the canvas. Old customs seal, illegible in the lower left corner and a note in black ink referring probably to an inventory number '512'. The frame on which the canvas is stretched bears an inventory number ' C / 203 ' referring to the atelier inventory of Floris Jespers. Very important and masterly work from the top period of Floris Jespers from the 'Centaure' period (1926-30). During that period he deals with both rural and urban themes. The painting 'Surprise' refers rather to the life of Society as the painting 'The chess game', which was also painted in the same year 1926. Elements of the image organization are reminiscent of his cubist experiments, the expressionist deformation resounds in the caricatural and fantastic motifs that swim towards surrealism. For example, the figure of death to the right of the mirror refers to both Ensor and Bosch, while in the mirror itself Eve appears with the apple, a reference to the origin of the Fall. The carnivalesque representation of Pierrot and Harlequin and the figure of the clown and the bird in the jester hat in the window show how Jespers cryptically exposes the mundane world and praises the artistic bohême. Probably a reference to the atmosphere that reigned around the Brussels gallery Centaure, which was affiliated with the 'Maison de haute couture' of Norine, the wife of Paul Gustave Van Hecke.
Estimate: €80,000 - €120,000
Fine Arts & Antiques Auction February 2023
February 7, 2023 10:00 AM CET
View only auction
Bruges, Belgium
Outlook calendar Google calendar Yahoo calendar iCal calendar

You agree to pay a buyer's premium of up to [bp]% and any applicable taxes and shipping.